Mark your calendars and get ready to show off your 82nd Avenue pride! The 12 Annual 82nd Avenue of Roses Parade is scheduled for April 27th at 9:30 a.m.. This year’s event will feature Grand Marshall Helen Raptist, host of AM Northwest, as well as performers The Beat Goes On Marching Band and Last Regiment of Syncopated Drummers.

The 82nd Avenue of Roses Business Association is one of several proud sponsors of this event, which is the largest on Portland’s east side. This year’s parade theme is, “Roses in the Heart of Portland.”

The parade will commence at 9:30 a.m. just north of Eastport Plaza at SE Bush & 82nd. The route continues along 82nd Avenue until SE Yamhill, where the parade will then finish at SE 78th. For more information, visit the official event page on Facebook. 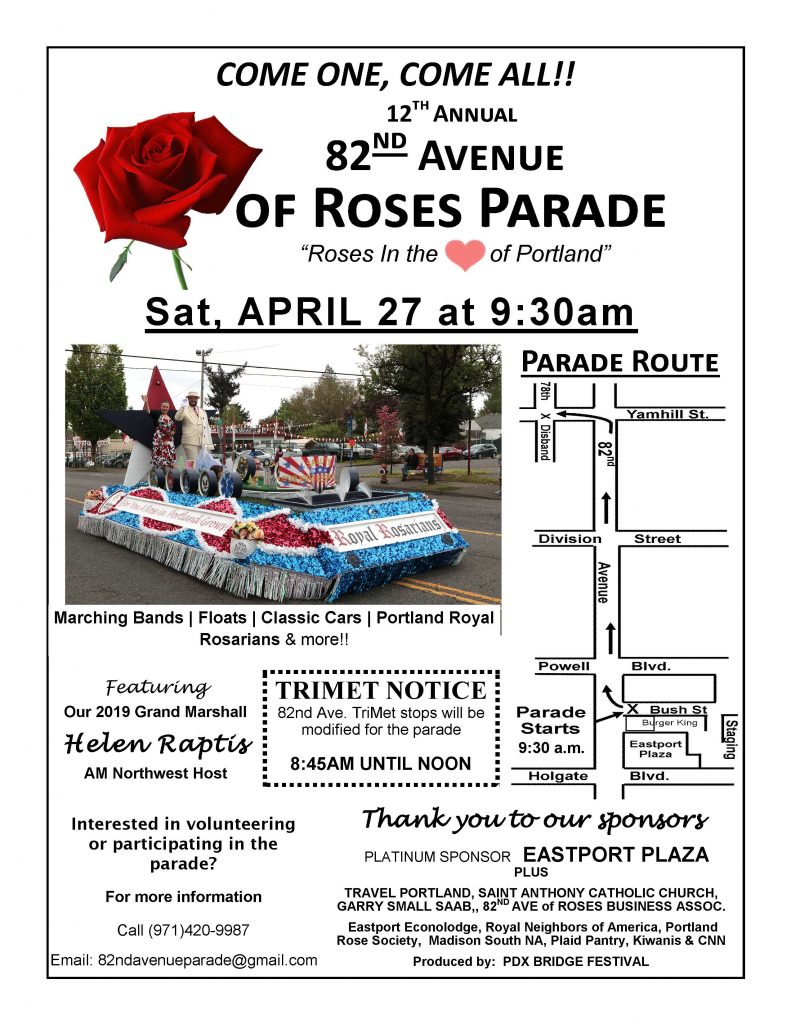